Slowly but surely it’s getting warmer. Our cabin fever has us lusting for meals al fresco and casual afternoon drinks. We’re ditching our shivering, hunched march through the city for a strolling afternoon of drinks. Here at G&F we took it upon ourselves to taste test and give you the low down on the best spots to sip back and relax. You know, just so you’re prepared for when the weather strikes gold. 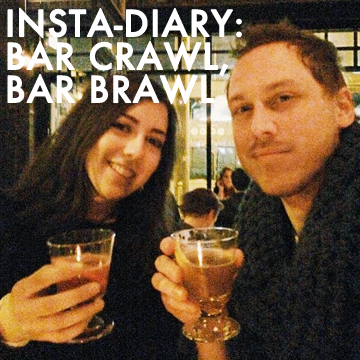 G&F’s Graham + Alaina are sip for sip in our Bar Crawl, Bar Brawl!

G&F Creative Director Graham Kostic and Editorial Assistant,Alaina Africano go head-to-head for a bar crawl, bar brawl (say that five times fast!) featuring a cocktail showdown at four Chicago hotspots. Watch the beautiful sunset while perched up at NoMi. Get intimate and comfy at the newest Rockit Ranch spot, Bottlefork. La Sirena remains a West Loop staple with delectable eats and marvelous mixology. And we hate to play favorites, but we’re big fans of the new kids on block at Sportsman’s Club with all their taxidermy and charm. Find what cocktails we ordered at each below—along with very novice tasting notes. 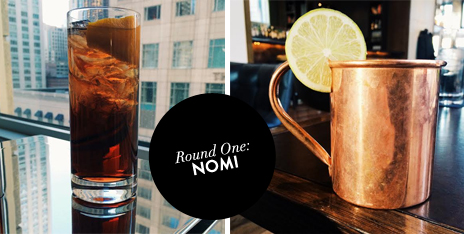 ROUND ONE: NOMI
800 N Michigan Avenue

Tasting Notes: Lime is key! Smoky, like a BBQ in my mouth. Great for Whiskey lovers.

Tasting Notes: Super smooth. Be careful because it tastes so good, after one you would be on the floor!

THE WINNER AT NOMI: AMERICANO DUE 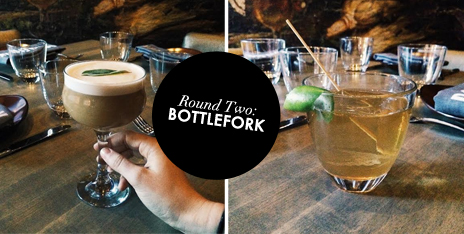 Graham orders the Smoke of the Day (above right)
Whiskey, Smoke Drippings, Bartender’s Whim, with a new feature daily. 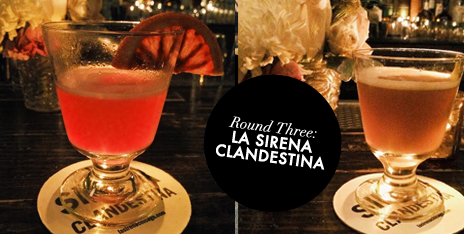 TN: A sophisticated daiquiri. Satisfies a need for a sweet drink without being “too much.” (Originally from the 1800s!)

TN: Tastes like candy—a nice break before dinner. It is apertivo hour, afterall.

THE WINNER AT LA SIRENA: OUSTED BY THE DUTCH 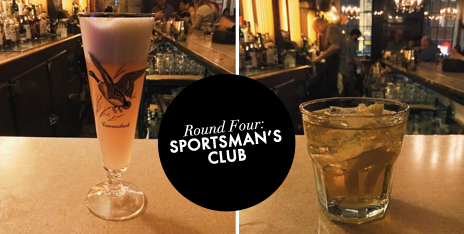 Graham + Alaina TN: The menu changes daily! We sampled one sour, one long drink, one stirred drink and the Sportsman’s Cocktail, which is the only static cocktail on the menu.  And we couldn’t say no to a shot of the housemade Amaro, a sweet digestif.

THE WINNER AT SPORTSMAN’S CLUB: ALL OF  THE ABOVE (honestly, at this point in the night, it’s a wonder at all that our photos are still in focus)