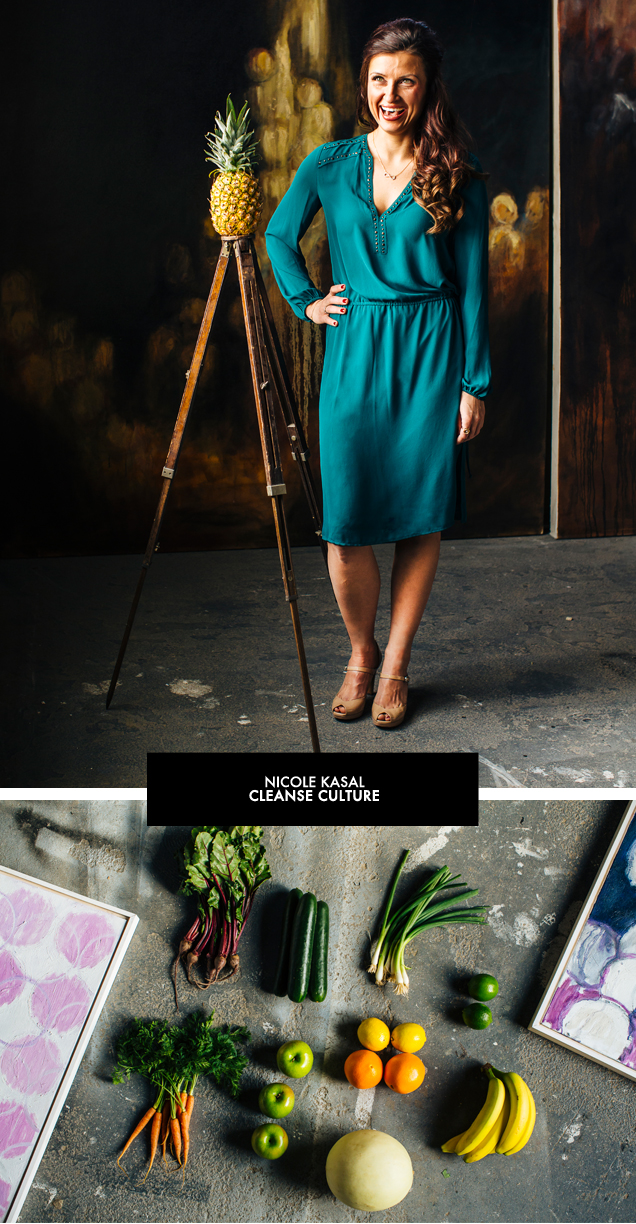 It’s comforting to know that even NICOLE KASAL, founder of the new Des Plaines-based juice concept CLEANSE CULTURE, was apprehensive to try the juicing craze at first. “When I was a freshman in college, my mom started juicing,” Nicole explains. “Everyday, she would make me a fresh-pressed juice. At first I refused to drink the juice, but quickly I saw how radiant and glowing my mom became, and I craved the same glow and radiance.”

Nicole achieved the glow and now, years later, is fully on board with the world of holistic nutrition. Cleanse Culture puts a focus on an overall healthy lifestyle not just for yourself but for others, too: a portion of the proceeds benefit local breast and ovarian cancer nonprofit Bright Pink.

With five different cleanse programs—among them a delicious smoothie cleanse and a desserts-included raw food cleanse—there is something for everyone, from the most practiced juicer to beginners with the same doubts Nicole herself once had. Ultimately, though, the cleanses are all about feeling good. And, bonus: “When you feel good on the inside, that naturally gets reflected on the outside,” Nicole says. “For me, feeling good on the inside puts me in a place where I am in my juicy, creative flow—and part of that creative flow happens to be fashion and style.”

BEAUTY SPOTS: Manicure at Heavenly Massage—“I bring my own nail polish because mainstream polishes are so full of toxic chemicals.”  |  Massages at Blueberry Moon, Lincoln Park  |  All-natural European facials  |  Makeup from Tarte and face/body products from Acure—“All natural, yet unlike many natural brands, these perform as well as normal brands do.”

plus watch Nicole LOL in our ART OF GOOD LIVING film: