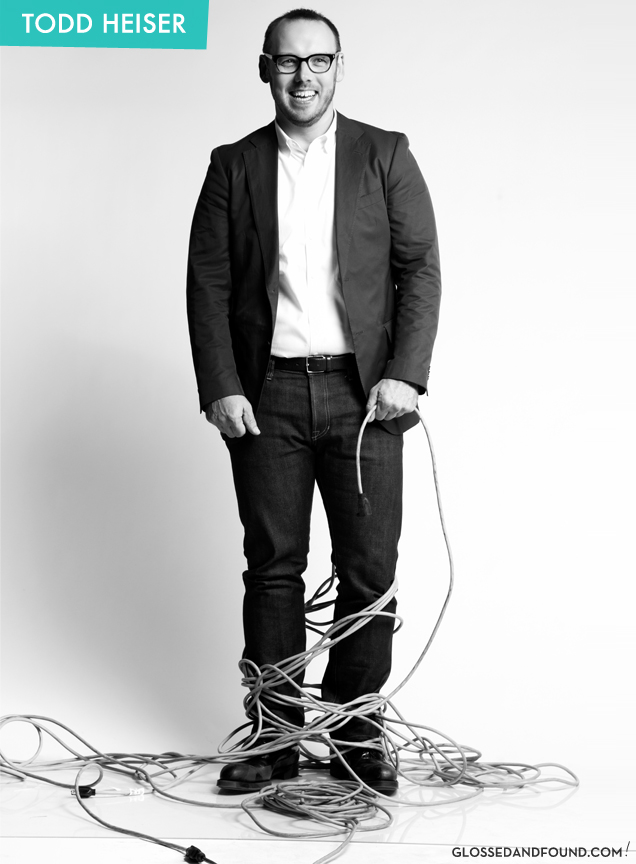 1871, the uber-creative new space within the Merchandise Mart, was designed to be a place where digital entrepreneurship start-ups in the community could be planted, given water and sunshine, and grown into something huge. The architects of the space had a heavy load on their shoulders: what kind of space will foster success? Todd Heiser, an architect at Gensler who worked on the project and an inevitable ‘cool kid,’ knew that the space had to be creative. “People in the tech business wouldn’t normally have the opportunity to work with the arts,” he says. “But I think it’s really important to bring these types of people together, those who are highly analytical with those who are creative. They’re very similar, just the expression is different.” Todd says he feels this way because of his involvement with the arts from a young age, which is also why the stylish and handsome architect devotes his time to organizations like Marwen and the Chicago Arts Coalition.

But working on projects around the world doesn’t leave a ton of time for charity work. Luckily, Gensler is a global firm and as such, expects its employees to give back. Plus, Todd says, “I’ve always been of the mentality that you can always pack in a little more.” It’s a mentality that, evidently, translates to his closet as well: Todd has more than 200 pairs of shoes, many of which are high-top sneakers in bold colors and patterns. His shoe collection, though, has less to do with fashion than it does with his love of curating and collecting—he also has tons of art and more than 4,000 cookbooks (yes, you read that right). Inevitably, by surrounding himself with the things he loves, Todd has created a world in his apartment that thoroughly expresses who he is as a person; it’s a freedom of expression like his own that he hopes to foster in kids through arts organizations.

TODD WILL NEVER PART WITH: A pair of Louis Vuitton high tops that he’s never even worn. “I literally would have sold my soul for them,” he jokes (luckily, he didn’t have to).