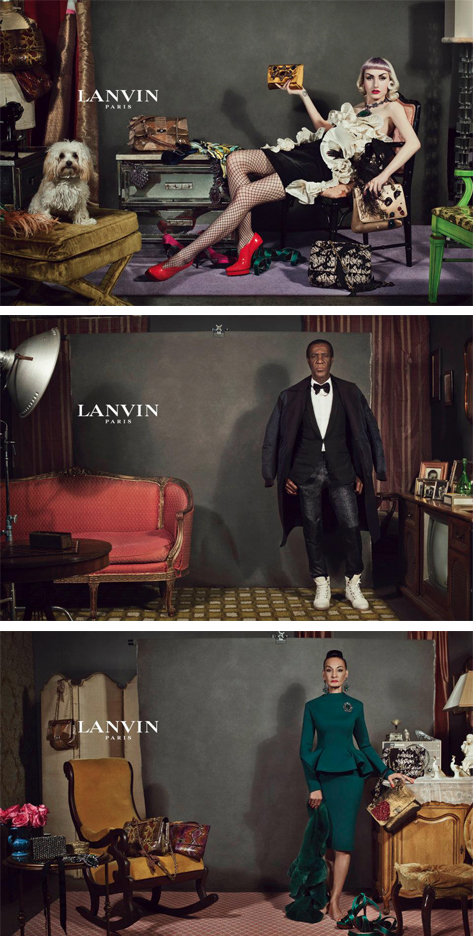 We’ve got major love for Lanvin. No, like serious, We’d-do-anything-for-you-Alber-Elbaz love. And when we caught pictures of the Fall/Winter 2012 campaign, it solidified our devotion. The Parisian fashion house, where Alber is celebrating his 10 year anniversary this year, goes weird again this year with their ad campaign. Like, crazy cool weird. How can you forget a sleek and sexy Karen Elson rocking out or the snakes! Who could forget the snakes! This fall? Alber put his sickeningly sweet jewel-toned collection on real people. Yes, real people. Shot in New York by Stephen Meisel, the wide range of “models” shows off the wearability and timelessness of a very playful collection. The most triumphant of the reality cast? An 82-year old former Apollo dancer (who Fashionista.com scored a brilliant interview with).

“I was interested to bring these clothes back to the street somehow, and seeing how they look on different ages, different sizes,” Elbaz told WWD. “It felt like a crazy family, and I like that.”

And with Lanvin on Oak Street slated to open mid-2012, we’re anxious to get a little more of that je ne sais quoi around here.