We danced all night at the last iDJ event at JBar, so we reached out to last week’s guest DJ: Time Out Magazine Shopping & Style Editor Kevin Aeh who mixed a set of anthems for an Anti-Valentine’s Day theme. He shares his playlist favorites (and what inspired each) below. 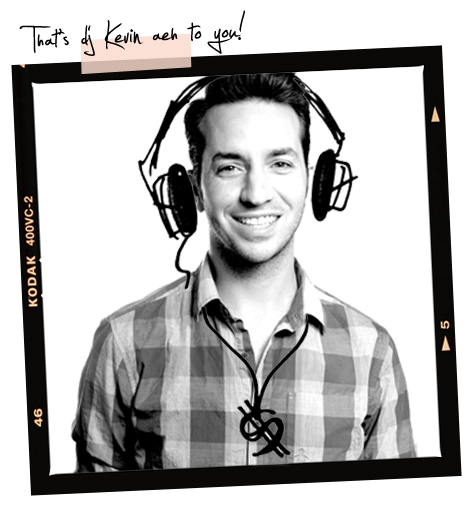 And, side note: Want to be Kevin’s Valentine? Contact us! G&F loves playing matchmaker!

“Get On Your Feet” by Gloria Estefan
I became obsessed with this song after it was featured in a recent “Parks & Rec” episode. Apparently I’m not the only one. I took song requests on Twitter, and this was one of the first responses I got.
“What Have You Done For Me Lately?” by Sharon Jones and the Dap Kings
Love this Janet Jackson cover. And this song is a great precursor to a break up. Makes you think before you kick him to curb. Soap opera says “who’s right? who’s wrong?”
“Pleasure Principle (Over the top remix 2011)” by Janet Jackson
I found this remix on SoundCloud.com. Any DJ set I ever do will always feature a song by Janet. “Control” was the first tape I ever bought.
“Call Your Girlfriend (Kaskade remix)” by Robyn
I love that this song comes from the perspective of the homewrecker. You rarely hear that side. Robyn’s a little heartbreaker with some great dance moves.
“Schoolin’ Life” by Beyonce
Is it me, or does Beyonce have it all figured out? I know she’s busy with that new baby, but I want her to be my valentine.
older newer