Jan 31, 2012 >> Rather go to Brazil than watch the Bowl?
Amanda dishes a Sunday Funday at Sola

As much as we may think New England Patriot’s Tom Brady is a Babe, we all love his fashionista wife, Gisele Bundchen. As he takes on the NY Giants, pay tribute with a Brady’s Brazilian caipirinha cocktail ($11). Crafted with authentic Brazilian cachaca liquor and muddled kumquats. And enter to win a ‘Brazilian’ service (you know what we mean!), compliments of sola. 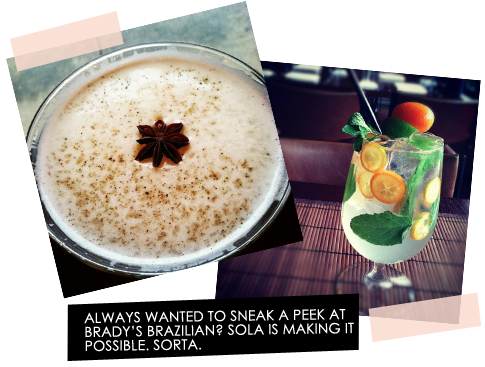 Want to sip Brady’s Brazilian at home? We snagged the recipe for you.

For the syrup: In a sauce pot combine 1 cup sugar, 1 cup water, 8 kumquats halved and 1/2 fresh vanilla bean.  Bring to a boil and stir until the sugar is dissolved.  Allow to cool. Once cooled, fill a large cocktail glass with ice. Add the all ingredients, sliced limes, mint and halved kumquats.
Stir and cha cha cha! 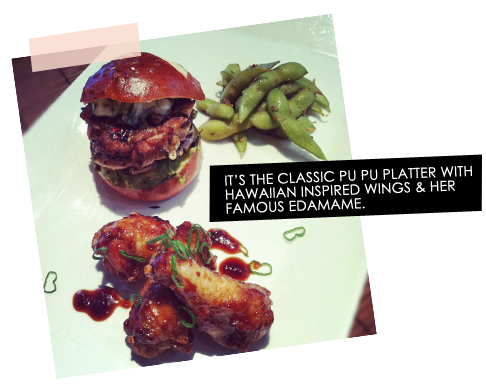 CHEERS TO THE BIG GAME!